For the Beauty of the Earth

Posted on August 18, 2018 by homeschoolbookreviewblog 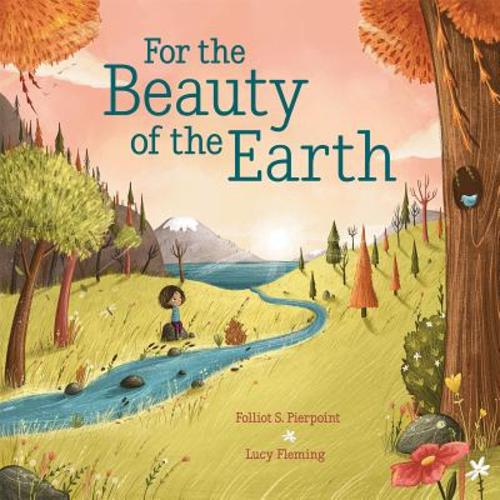 Book: For the Beauty of the Earth

Pierpoint, Folliot S.  For the Beauty of the Earth (hymn published in 1864; book published by Sparkhouse Family in 2017). Folliott Sandford Pierpoint (1835-1917) was an English teacher, poet, and hymn writer.  Educated at the Grammar School in Bath, and at Queen’s College, Cambridge, he was graduated with classical honors in 1857. Following his graduation, he did some teaching as a classical master for a while at Somersetshire College, but mainly worked as a writer.  After he resigned his position at Somersetshire, Pierpoint lived at Babbiecombe in Devonshire, and at other places, where he did occasional teaching. Because he enjoyed a patrimony, he was able to become an independent writer and wrote when he felt like it.  Although he penned a number of hymns and published seven volumes of poetry, many of them showing his love for nature, “For the Beauty of the Earth” is his most famous hymn, which first appeared with eight stanzas in the 1864 Lyra Eucharista, second edition, edited by Orby Shipley. The idea is said to have come to Pierpoint at the age of 29 as he was walking around the hills near his hometown in the late spring, surrounded by the lovely countryside and the Avon River.

The poetry of Pierpoint’s classic hymn which celebrates creation, family, music, and community, is combined with lovely illustrations which bring the words to life, capturing the rich imagery of the song, to create a picture book that children and adults alike will cherish. The book includes the lyrics, which praise God for every good and perfect gift that He has given to us in this world, and the written music so that families can sing the song together.  For the Beauty of the Earth, which shows the majesty of God’s creation, and includes beautiful depictions of relationships, is a Junior Library Guild Selection. Illustrator Lucy Fleming has been an avid doodler and bookworm since early childhood. She lives and works in a small town in England.